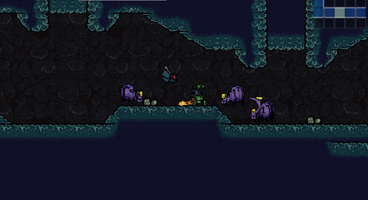 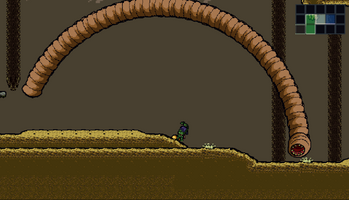 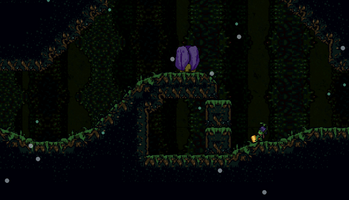 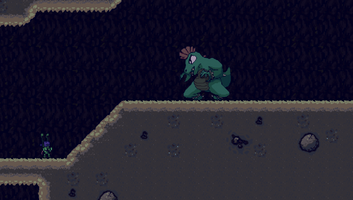 It's been a very long time since I last made a post regarding Insect Adventure, and I can imagine the followers I have gained with the few demos I got thought that I had simply given up, as the game is fairly large in scale for what is essentially a one man team. But I'm here to confirm that yes, I am still working on Insect Adventure. The last couple years have been pretty wild for me personally, but I've finally been able to find my stride again and recently got new motivation to keep pushing myself to finishing it. There was a lot of things setting me back and making me scared of showing off the game, mostly my own graphic drawing capabilities, and a certain particular other bug themed metroidvania's release that became super popular, years after I came up and planned my own. If you didn't know before, this is actually a game I want to make into a commercial release myself.

I have included a gameplay video in this post to show progress on a brand new area and boss, something that is quite a bit further than where the last demo ended. On my breaks and testing sessions I use the in-game menu to gauge how close I am to finishing the project, and in terms of items I am around 60% finished, but it feels more like 2/3rds to me. 5 of the planned 7 areas are finished, one of which is the Tourian equivalent of this game and both are fairly small compared to how massive the first 3 (the mountains, ruins and jungle) felt. The video is here:

But yeah, the tl;dr is that I'm still working on the game, but it's a bit too complete for me to show more demos. I think if I kept going at this rate, the game should be in a finishable state towards the end of the year. If you are interested in trying out the current build of the game, testing it and giving feedback, give me a DM on my twitter, which is mentioned somewhere on my page, or my discord, Mayo Chan™#1929.

I am also looking for a music guy, as I have no musical talent myself. If you are interested in making original music for this game, hit me up.