Most recent version and updates are here:
https://mayo-chan.itch.io/insect-adventure

An action-platformer game set in a world of sentient bugs. You take the role of a cockroach named Bugsy who's friend Mayo got kidnapped by a monstrous Lizardman. However, a mysterious earthquake causes Bugsy to tumble into an underground network of tunnels before he was able to rescue her. Bugsy must search the caverns for a path to Lizardman's hideout to rescue his beloved Mayo, and all the while there are hints that something even greater lies below the surface...

For returning players there are two new bosses, one is hidden in the swamp area at the end of the jungle, and the other one is Lizardman himself! Of the three bosses currently in the game, players with enough knowledge of the game's mechanics and layouts could beat each of the bosses in any order they like, but there is an obvious way trailing you to the 'correct' order.

Other new features from last time include:

(Hopefully) functional Hint System that points to you where to go.

A couple extra tutorials to explain some less intuitive mechanics.

A bee statue who grants you rewards for finding the hidden Golden Bee tokens.

Difficulty modes that change the amount of enemies spawned.

Lots of extra polish and QOL improvements from the last version.

Just extract the .zip folder, double-click on the new folder created, double-click the InsectAdventure.exe and you're good to go! Controller highly recommended.

The "campaigns" folder is essential for the game to work, so you shouldn't move it. It contains the data for all the maps, music, and graphics.

NOTE: IF YOU HAD ISSUES INVOLVING THE DISPLAY AND CONTROLS, REDOWNLOAD THIS COPY OF THE ZIP. OTHERWISE, THE ISSUES STATED FROM DAY 1 HAVE BEEN FIXED.

The core gameplay is really, really fun, but the bosses are pretty bad. The first one was an absolute pushover, I just spammed attack in his face and it died with little effort. The next boss; the lizard, is damn ridiculous. It's attack pattern feels completely random, and seems to have a random delay between attacks with almost no attack build up (needs something like the boss leaning back to indicate it's about to swing). I went back to get something from the shop, got the boomerang, and was sad that it didn't do much damage. But that turned out to be a waste of money (leaves) since the boss breaks the boomerang?!?!?! Another problem I'm having is with invincibility frames (or the lack thereof), as I'm getting hit 3+ times before I can even escape some attack's range. I'll keep trying tomorrow, but with no way to heal in battle, and no way to know what's about to happen, the boss feels pretty unreasonable.

I really love the core gameplay loop tho, really cool. I've loved exploring, and I'm glad that I kept hints off. Looks like there's a heap more areas of the game, so I'll probably spend some more time grinding over the next few days.

I'm really happy you like it man! You should head over to my page and download the one that's just titled Insect Adventure, as it's a much more recent build. Lizardman is definitely more manageable in that one, along with a lot of quality of life updates.

Ahh, cool. This page was what I found randomly on itch, you might want to put some link to the most recent version?

Your game is pretty fun to play. The graphics reminded me a bit of Yoshi's Island. Here's some nitpicking: The window kept going back to the top left corner against my will. The .exe outside of the main folder doesn't seem to work. The text can be pretty hard to read because of the font and the moving letters. Also I didn't have to time to read everything during the intro cutscene but that may be because I'm an ESL.

I have implemented multiple language support for the game, actually. I don't know any other language though lol, I might ask for people to voluntarily translate it in the future. Also, I think I fixed the other issues you had.

Pretty fun game, I really enjoyed playing it. Just a downside, every time I died or restarted the game, the controls configuration, that I had changed, restarted to default, that was a bit annoying.

I should have fixed it now. All I really did was add an options save file in the save file directory so the game knew where to read and write from. If you redownload the game it should be fine. 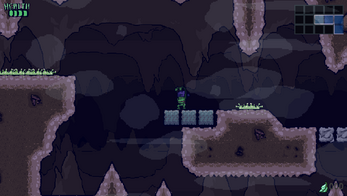 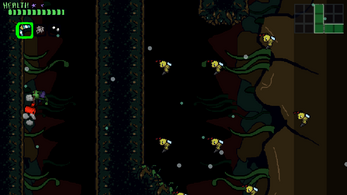 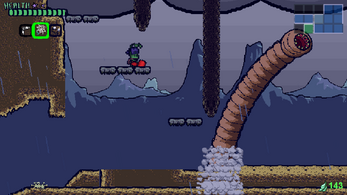 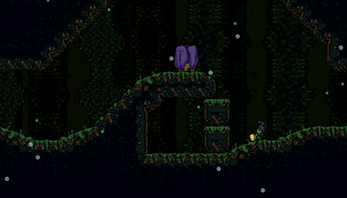 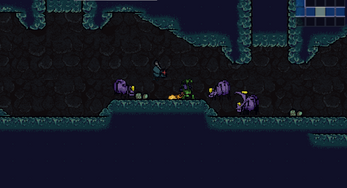 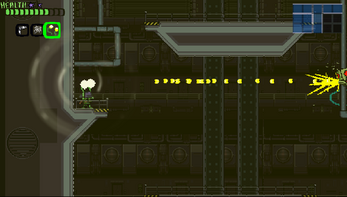 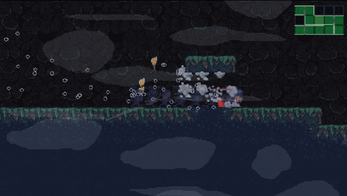 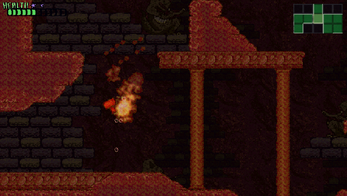