Most recent version and updates are here:
https://mayo-chan.itch.io/insect-adventure

In Insect Adventure, you take the role of Bugsy, an alien bug who had his beloved friend Mayo kidnapped by a monsterous Lizardman. Cast into a dark cavern, he finds a hammer and starts a quest for revenge, smashing any other bug that stands in his way.

-Added mouse control for menus, including the title screen. Changed around some text to make it a little easier to tell what buttons to press for menus. As a rule of thumb, left clicking on something highlighted will confirm your selection, while right clicking will take you to the previous menu. You can also change menus while paused by hovering the mouse over the names of the menu to the left and right of the current selected menu.

-Should you end up in a situation where you can't control your character, you'll be able to use the mouse to pause the game, navigate to the controls menu, and rebind whatever keys necessary.

-Rebinding controls should work much better now, the menu now displays the buttons for joypad controls next to the keyboard key binds. Binding keys to things that share the Pause, Quit, and Menu Decline buttons shouldn't take you out of the menu anymore, and rebinding the Jump and Menu Confirm buttons shouldn't instantly force you to rebind another key. Mouse navigation makes this a lot less painful as well.

-Changed Bugsy's running acceleration speed, and greatly reduced the speed drop when he lands from a jump.

-Added instructions for the shop menu.

The Maps, Text and Tilesets folders can have their contents edited. But the Text folder may contain spoilers, just saying.

It seems like an actual long demo with lots of unfortunate glitches/bugs.

Not sure how to reproduce this but the room transition right before enter the room with first save point you encounter after game start actually made the game softlock then freeze as I was able to also input an attack. Settings menu is great, except for the fact that you can bind multiple keys to one function, Pause and Quit menu function should work on a single key(i.e ESC as it's a bit confusing to have them separate and have the pause key be the exit function on the quit menu). The game remains on a always-on-top state if you disable pausing when game loses focus, please remove that. Enemy insects(basic purple ones) can glitch out through walls and terrain to 'teleport' behind you and attack. Can't obtain the free leaves if I kill the monsters out of order on my way to get the roll/dodge item. Blue jellyfish sprites glitch out in overgrown jungle after wrapping them in webbing and are then impossible to strike or wrap them up until you walk under the sprite for it to reset. Enemies continue to walk and attack as you pick up an amber heart. Just loaded an empty cell where I was underwater, paused underwater and I kept losing oxygen and then health, both hitting 0. Tried exiting, it's impossible since the game wants to give you a game over screen over the pause menu so I'm stuck there and have to quit and reload as seen below.

Another thing is I initially went the wrong way and apparently rushed to the mantis boss fight with no way out, as the breakable shields just respawn after reloading a save file.

That shouldn't be blocked after a reload, should it?

Walls should be able to pick up on webbing easily even if up close.

Another hidden entrance that can get you stuck if you jump over to the right as you can't climb from the red marked terrain on the bottom 'inside' wall.

I don't know how you're doing game cell/stage/map transitions but the current one will end up getting you stuck like so, all because I entered from the 'wrong' side. It being somehow dynamic would be swell(i.e entering a different cell mid-air would transition with me still mid-air).

Somehow you can also get stuck after launching yourself with some momentum from web swinging, I don't think I'll be able to even finish this demo. Managed to backtrack using a glitch lightspiritdev pointed out, it was the only way possible to backtrack as neither of the bounce pads actually give you enough height to allow you to go back and defeat the Mantis boss and until I managed it, I was effectively in a game over state and had to restart. Found also another area that has absolutely nothing in it and made me fall through the entirety of the map.

All this hammer glitching is killing my fingers, please no more areas like these. I finally found the last connected area which has an invisible sign warning the adventurer to be prepared before going to the mountain range and the two rooms are unfinished. Can't kill the magma worm either so I guess I finally reached the 'end' of this demo.

That is an incredibly detailed post. Thank you for giving me all this feedback, however don't expect it to be taken care of soon. I have fallen into depression and it's hard for me to motivate myself enough to do anything these days. Still, I commend you in putting so much effort into this post. I will use this as the basis for what I'll fix the next time I find the motivation to continue this project.

Edit: The room before the Mantis fight was supposed to be a one-way path, intending you to git gud before you can go on. The room where you fall through the bottom, I have no idea how that happened to you unless you used the map editor in the previous room and changed the spawn point from one of the exits or something, or I just typed in the wrong number.

>The room before the Mantis fight was supposed to be a one-way path, intending you to git gud before you can go on.

My first run and therefore my first save game was on the hidden (text doesn't show on difficulty selection) nightmare, it was a very effective game-over as Nightmare Psychotic Mantis and his doppelgänger could easily throw their boomerang mandibles at me with multiple stomp spam with me having a single amber heart. Please take note there's nothing wrong with the difficulty currently on Nightmare. With all the glitches and bugs I've encountered after making a new save, I kinda didn't want to go back to my original one, sorry about that. I can record myself clearing it with a bit of effort if you'd like, though.

>I have no idea how that happened to you

I've not used the included map editor or any kind of tools, just played vanilla. Having a 'fixed' spawn point there seems to be the overall problem as I've mentioned in my previous post and it is present in a lot of rooms.

>I have fallen into depression and it's hard for me to motivate myself enough to do anything these days.

Not you too, christ. Please for your sake and my sanity because I actually like this buggy game, exercise a few times a week. Go for jogs, runs, lift weights, do whatever that works for you as it'll alleviate your feelings/symptoms of depression.

I'm feeling better now and I can tell you what the problem is with the empty cell room. It's because the hallway at the end of the purple area leads to the second boss's room, which was the intended 'end' of the demo. He's horribly unfinished (literally just a head rn) so I just outright removed the room for the demo. When you touch a room load trigger that loads a room file that doesn't exist, the game defaults to reloading the same room you're in but Bugsy's X and Y coordinates are 0. There's water under every room in the game (defaults to a screen below the room's lowest point, it just raises or lowers depending on the room file's internal values) so the game's running as intended in that sense. There are other rooms this way too, or some that don't have collision yet and just a basic outline, or some rooms that don't have all the exits with room load triggers, which allow you to do things like go over the top of a room and stand inside walls. It's more my fault for not sealing those unfinished exits and telling the player they're done with the demo.

Aside from that the glitches look like relatively simple problems to fix, other than the balloon jellyfish falling (although somehow whenever a tester finds a glitch it ends up taking like 8 hours to fix apiece). The springs suck though, I'm gonna replace them with plants that you jump inside and spit you out, launching you until you hit the ceiling.

I have lots more plans for the higher difficulties. Right now normal enemy placements are set for Normal Mode. I'm not a fan of simply increasing damage and health for enemies. I wanted them to be simple and predictable, but easy to set in any situation, like the monsters in Doom, so I can spam huge numbers of them and still be fair in higher difficulties, like Doom.  But on top of that I'm also going to include late game enemies early game and probabaly make harder varients of enemies appear on harder difficulties as well.

My progress is pretty slow because it's a project I manage on my free time when I feel motivated to work on it. I can go a month without touching Fusion, then suddenly work 12-15 hours a day on it over a weekend. Keep your fingers crossed for DD17.

>But on top of that I'm also going to include late game enemies early game and probabaly make harder varients of enemies appear on harder difficulties as well.

As long as you can deliver on that, it's a good plan. The easiest (and most frustrating option for players because sandbags don't feel good) will always be to touch up enemy health and maybe damage values.

>Keep your fingers crossed for DD17.

If you bring attention to it through my board as it was done for DD16 after it ended on Sep 12(I caught a thread about it 3 days later), I might check it out. I also take it you won't let it die and will go through with your project no matter how long it takes instead of letting it succumb to any sort of feelings, thanks for that. Lastly, I'm unsure as to why you've followed me but rest assured you'd get my reply sooner or later in the comment section on DD17. Don't work out too hard, have fun. 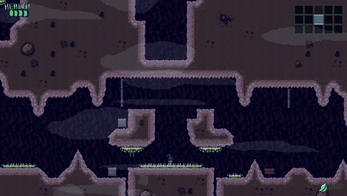 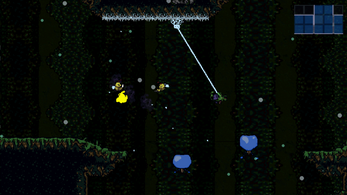 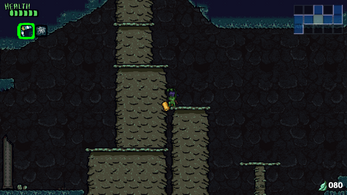 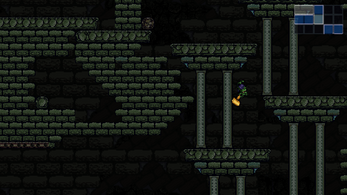